Why dandruff should not be neglected but treated properly!

Why dandruff should not be neglected but treated properly!

Dandruff is an inflammatory condition of the skin that causes itching and excessive flaking on the surface of the scalp. Dandruff is characterized as small scales that accumulate on the hair, shoulders and clothing, accompanied by itching of the scalp.It is usually caused by a fungus called Pityrosporum ovale (Malassezia Furfur) resident on the scalp – these are pathogenic fungi. 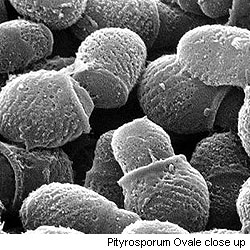 It develops very well in an environment rich in lipids, namely: scalp, face, chest and back. The violation of the functions of the sebaceous glands that make it possible for the fungus to multiply rapidly and, as a result, the appearance of small flakes – dandruff. 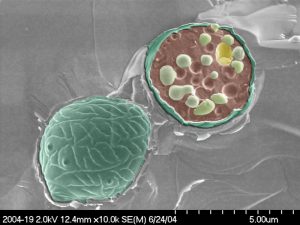 Dandruff and most severe seborrheic dermatitis affect more than half of the adult population and all ethnicities worldwide. It is normal over time that old skin cells die and peel off constantly to be replaced by new skin cells. This process is so slow that it remains almost unnoticable.
Dandruff occurs when dead cells fall and replacement with new ones begins to accelerate. In most people, scalp skin is usually renewed once a month, but in people with dandruff, this process takes 10-15 days, and in some cases, for a shorter period (for people with severe dandruff known as seboreic dermatitis -seborrea). As a result, sticky, whitish, in most cases oily flakes are formed on the scalp, which are very out of the norm and very well noticeable. If all this is accompanied by itching and separate red areas, then you have all the symptoms of seborrhea.

Seborrhea is a skin condition characterized by increased function of the sebaceous glands and changes in the composition of the sebaceous gland. This is due to the accumulation of free fatty acids. In the development of this disease, in addition to genetic, endogenous, gastrointestinal and stress factors, impaired physiological balance of male and female sex hormones. Often, this disorder is strongly expressed at the age of puberty. In seborrhea, the bactericidal properties of fatty secretion are reduced. Secretion accumulates in the channels of the sebaceous glands, and the surface creates conditions for the development of infection, which manifests with the formation of acne. As a rule, seborrhea is accompanied by improper skin care. Seborrhea has been proven to be one of the possible reasons for thinning hair.

How to deal with dandruff and keep it away from our scalp?

Getting rid of dandruff is not easy at all. At the very beginning it is a good idea to exclude all provocative foods such as: allergens, hot and salty foods, fried foods, alcohol in large quantities, oily products. It is necessary to increase the quantity of vegetables, not so sweet fruits, dairy and yoghurt products.

The use of antifungal agents must also be carefully considered before we can chaotically change products from the ‘sea of cosmetics on the market’.

Anti – dandruff shampoos are not the right way to addressing this problem. The contact time with our scalp is seconds, and the amount of antifungal agents in them is negligible. The main task of a shampoo is to clean / wash our scalp and everything else is a secondary action. Generally, the variants of the 2in1, 3in1 shampoos are not successful with a particular problem.

The Alzeda anti-dandruff gel that we developed is unique in composition, technology and action. It is applied without washing directly on the scalp with light massaging movements. Its active ingredients of ketoconazole, selenium disulfide and camomile oil remain on the scalp for as long as possible until the next hair wash. You can expect a real effect after the third application, but the entire pack of 100 ml should be used (even in case that the problem is overcome) to avoid resistance or the reappearance of dandruff.

Shampoo – It is desirable the shampoo to be specifically designed for sensitive scalp, WITHOUT SULPHATES – so on one hand we delicately wash the scalp and on the other – we prevent from repeated easy occurrence of dandruff. By treating with the specialized product Anti-dandruff gel Alzeda, we directly and permanently solve the problem. The Alzeda gel gives excellent results in combination with the Alzeda Advanced Delicate Shampoo (contains collagen, oils and is a non-sulfate formula).

When using Alzeda anti-dandruff gel, it is recommended to avoid other anti – dandruff cosmetics or/and anti-dandruff shampoos! This would result in the use of multiple antifungal agents at the same time and is not recommended for the end user!

You may find more information in the section “Alzeda specialized products”